Whatever We Probably Already Had It 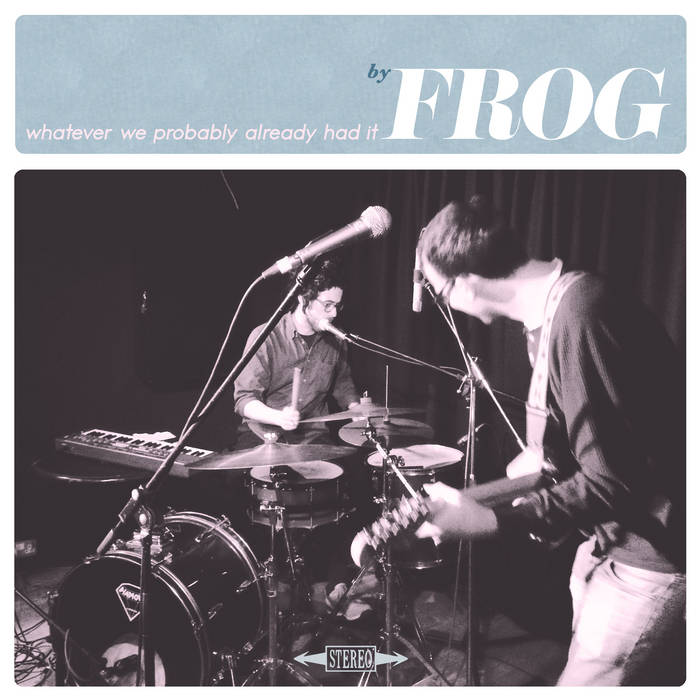 Charlie The lyrics on this album are great. I love how they play with dynamics and their chord progressions and rhythms are really compelling, especially with the vocal harmonies layered over them. This album's been in my heavy rotation for a while now on streaming services so I figured I should throw these guys some money. Favorite track: American.

suit goth This is one of the best albums of the decade. In only 20 minutes it's the perfect combination of agonizing sadness, beauty, and a touch of black humor. I cannot recommend this enough to anyone, anywhere, at anytime. Favorite track: God Once Loved a Woman.

"Something to Hide" was premiered on The Grey Estates - www.thegreyestates.com/blog/song-premiere-something-to-hide-frog

"Bones" was premiered on For the Rabbits - fortherabbits.net/2018/11/20/premiere-frog-bones

"A definite standout for the year." - ThrdCoast

Frog are Bateman the Gozarian and Tom the Destroyer.