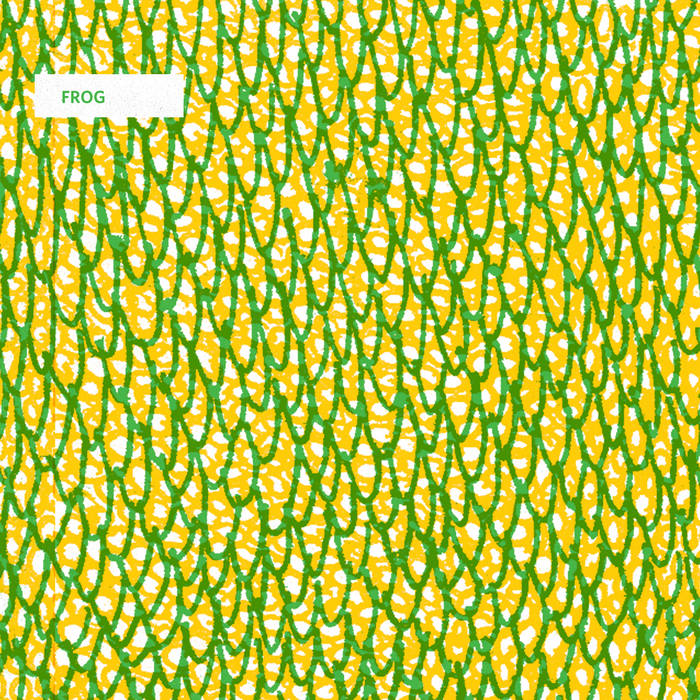 mixlr nostalgic folk pop tunes with an almost emo twinge that connect with me in a way i cannot describe. Favorite track: Arkansas.

Gavin Hellyer Good early signs of a promising duo to come. New album due in a few weeks and I can't wait. I've always got a bit of an Animal Collective vibe listening to Frog, and though the two acts are both original and very different in their own right, it's certainly here on this EP as well. Favorite track: Arkansas.

Sleep-Dust The more I listen to this the better it gets, Arkansas has been in my head for days and hopefully will never leave. Favorite track: Arkansas.
more...

If Spinning It's Winning 🇩🇰

Hearing songs like "Rubbernecking" and "Nancy Kerrigan" via GoldFlakePaint back in 2013 is what got me really excited about Frog and their sound, so I'm really glad that more people now have the chance to hear these songs.

It's a different sound to "Kind of Blah" (heyitsfrog.bandcamp.com/album/kind-of-blah) but everything that makes them Frog is there. This mini-album promised more to come, in the shape of their debut LP but Frog arrived fully formed and totally originally. It's beautiful, noisy, mumbly, shouty, tragic, frantic, funny, accidentally country and unavoidably NYC.

Praise for "Kind of Blah":
"Imagine the euphoric pop of Small Wonder getting caught in a time warp to the wild west with Modest Mouse’s ‘Satin in a Coffin’ and you just about scratch the surface." - DIY Mag

"All songs written, recorded, directed, dissected, engineered, mixed, maimed, mauled, and murdered by Dan Bateman and Tom White, the mysterious and megalomaniac mongrels that make up frog. They were all recorded with an AKG 414, an SM57, a Shure Unisphere A 565a, and a Russian large diaphragm condenser that I cannot recall the name of."